Tom Evans got interested in music as a youngster and his young mind wondered at how how audio equipment created the illusion of live music.
As Tom's interest in electronics grew in his late teens, he developed a close relationship with disabled design engineer John White who mentored him in the fine art of audio design.
Tom credits this relationship as forming the foundation for his present design acumen. He continually quizzed John about the what, where, why and how of everything to do with audio design and electronic equipment in general and in the process discovered an important fact:
"I'd learned a strange thing about how little things change things in a big way."

Like a lot talented young scientists & engineers, Tom lent his electronics skills to the defense community where he worked until the mid '80s. However, he never did forget his love of audio electronics and music and eventually left defense work to pursue audio. The defense work turned out to be time well spent. He was able to obtain permission for using some of the hi-tech government-developed parts in his design work that was not available to other designers in the audio community.

Starting his design career in the mid '80s, Evans developed an analog error correction circuit whose design principles incorporated 6-layer printed circuit boards to optimize the circuit used in the Finestra preamplifier. After that first foray into the world of professional audio design, Tom founded Audio Design in 1989 and moved to the Welsh Valleys where he designed the highly regarded Iso phono stage for J.A. Michell Engineering.

Tom believed that the ultimate performance of his designs was let down by the voltage regulators commercially available at the time. The best of them suffered voltage noise equivalent to the output of a moving coil cartridge! Think about that for a moment: If you want to uncover all of the information contained in very small audio signals, you need a big audio signal and vanishingly low noise to get the most out of your music. If noise and signal are distributed evenly, a substantial amount of raw data is irretrievably lost. The very slow transient response and recovery time of these noisy regulators further compounded the problem of signal degradation. In response to the regulator problem, Tom began to develop his own high-performance high-speed regulators. Dubbed Lithos, they would eventually provide the level of performance needed to begin his assault on the state-of-art in audio amplification.

When all was said and done, Tom had developed a custom high performance regulator that consisted of a small printed circuit board packed with surface mount devices (SMDs) that was a staggering 1000 times quieter, 53 times faster and 100,000 times more accurate than the best commercially available regulators used for audio applications. These Lithos regulators provided huge advancements in speed and resolution that made for a much better sounding, more detailed and life-like musical experience.

Tom's work caught the attention of Pioneer GB who in 1995 signed him to a 5-year contract to develop a hot-rodded budget system for the UK market. Evans designed the Pioneer Precision range of products that included a CD player, tuner, integrated amp and cassette deck.

By mid-2001, Tom released the Vibe linestage, which received much critical acclaim from owners and the HiFi press. In January of 2003, Tom released the Lithos 7 to replace the Lithos A regulator in the Groove & Microgroove Plus phonostages and the Vibe preamplifier. Also in January of 2003, Tom debuted the Lithos 6, which he refers to as "the big one". The Lithos 6 circuit is used in the Pulse power supply to "greatly enhance the performance of the Vibe Lithos 7 preamplifiers." Later in the same year, Tom combined the Pulse power supply with the Groove phono stage to form the Groove Plus with similar increases in performance. In October of 2003, Tom moved into larger premises to satisfy the increasing demand for his products and to continue his design work and search for ultimate performance from home audio electronics.

In January of 2004/5, Tom started work on the single-ended Class A Linear A 25wpc stereo power amplifier and the Class A Linear B 55-watt fully differential mono block version with Peter Chappell, an industrial transformer designer who also collaborates with Art Audio. 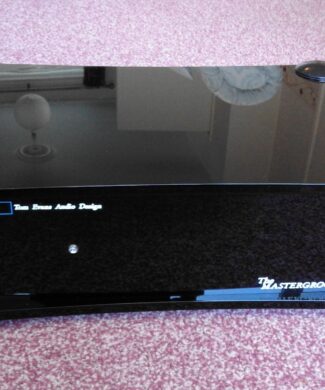 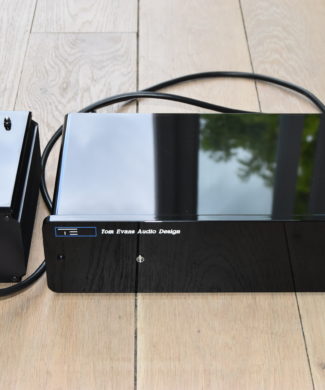 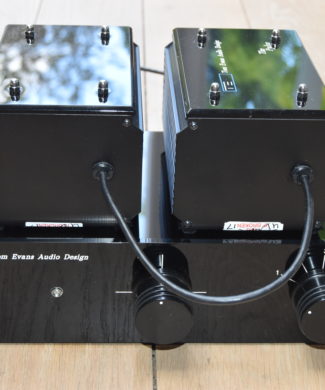 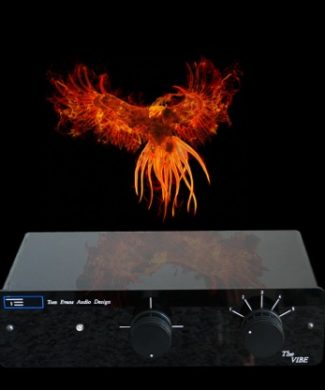 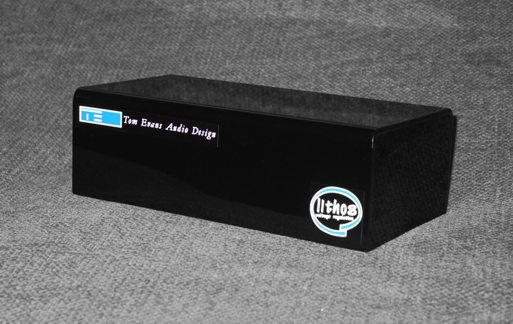 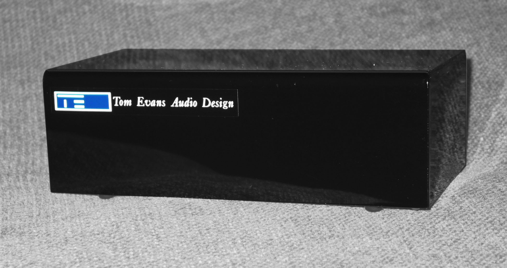