Stillpoints products are proudly made in the USA

Stillpoints heighten transparency, speed of transients, air, space, and dynamics, to name only a few attributes, to aid in the most natural presentation. Stillpoints provide isolation and control of destructive vibrational energy by means of a four-tier filter, substantially improving the sonic and musical qualities of your audio system.

"...in the context of a high-end system they provide a huge sonic return on the investment." Robert Harley, The Absolute Sound, December 2011

Spring 2012 brought a comprehensively strengthened range of products by Paul Wakeen and his Stillpoints team. The release of the Ultra SS (Stainless Steel) last year met overwhelming praise and approval from audiophiles and press alike, prompting a reassessment of the Stillpoints pecking order.

Ultra SS, Ultra 5 and now Ultra 6 can be used underneath equipment (on a shelf or the floor) or underneath any loudspeakers, where they are ideally used with threaded adaptors as spike replacements. The Ultra 5 has 5 times the Stillpoints technology in a single package. The Ultra 6, where applicable, is the highest performance Stillpoints option. (The Ultra 5 remains the preferred option as a footer for floor standing loudspeakers). The Mini is primarily designed for use under equipment on a shelf, but can be used under small loudspeakers.

The ultimate expression of the Stillpoints art is the ESS rack. Contained with this aesthetic beauty is engineering which sonically improves any system used with it, aided by six pockets of Stillpoints technology built into the support bars of each shelf.

The secret to Stillpoints design is in many fine details, but a key distinction is the way the four-tier filter prevents a direct energy path through the device. This isolation is in contrast with other support devices (such as spikes, cones and balls ), and the success of this approach is instantly audible.

Recent press awards for the Ultra SS include a '2011 Product of the Year' and '2012 Editor's Choice' and 'Golden Ear' awards from The Absolute Sound. 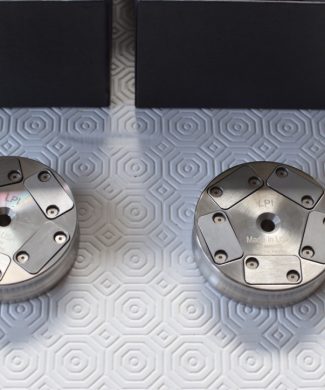 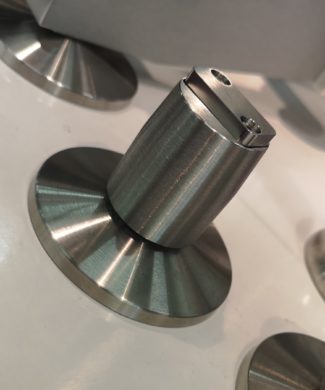 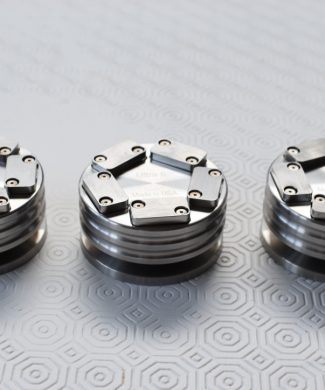 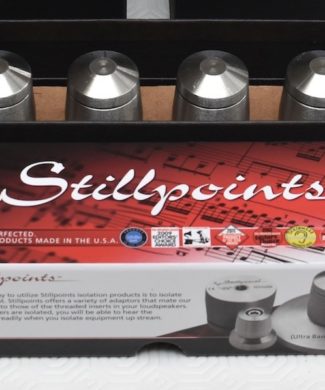 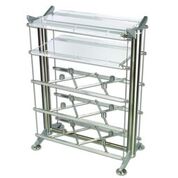