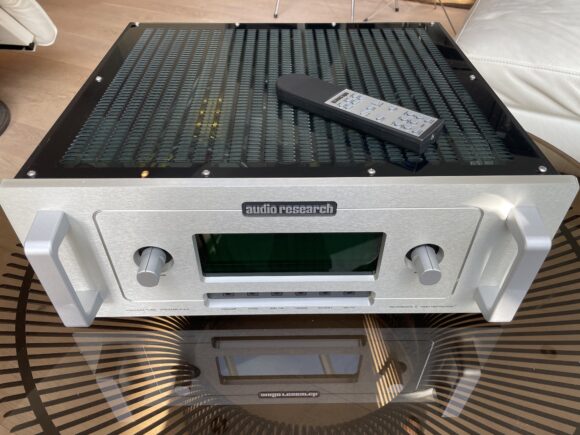 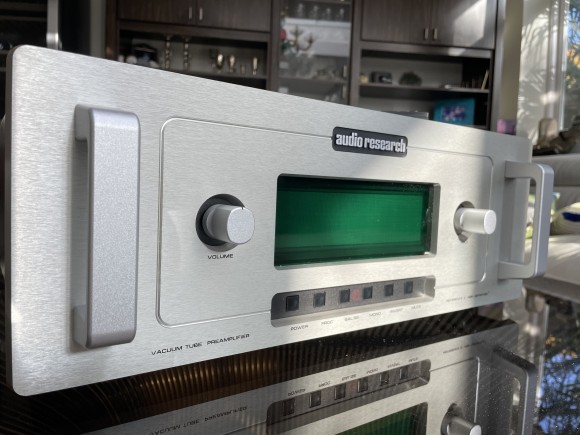 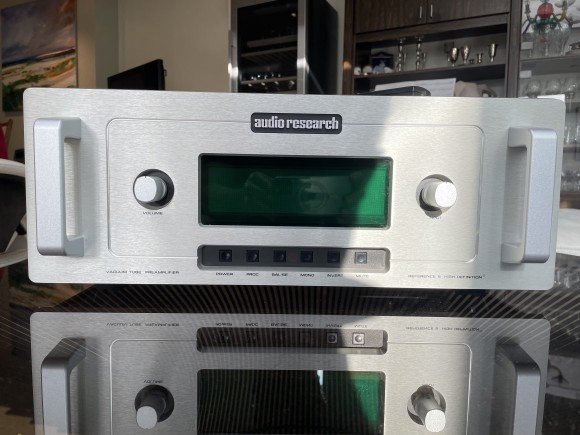 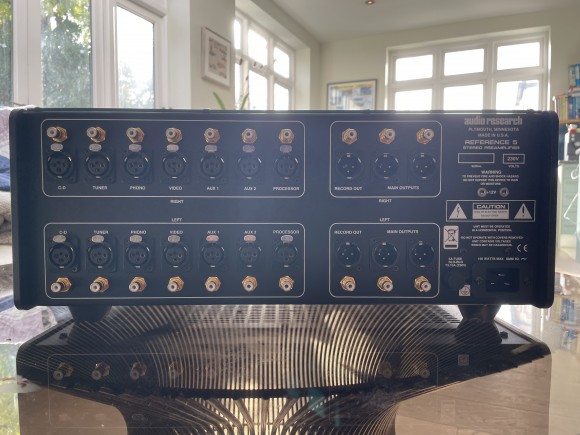 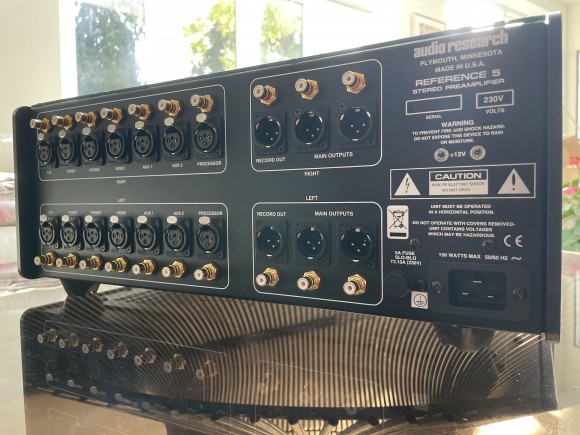 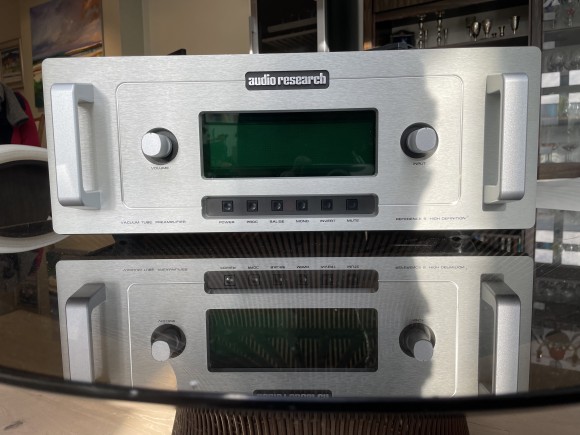 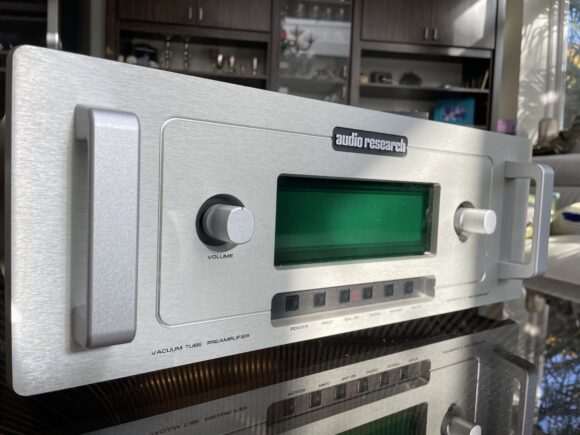 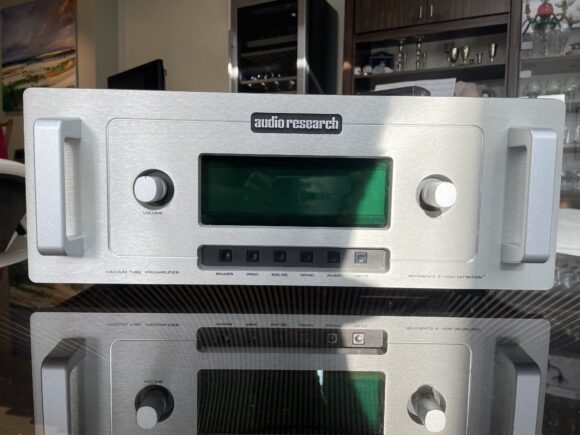 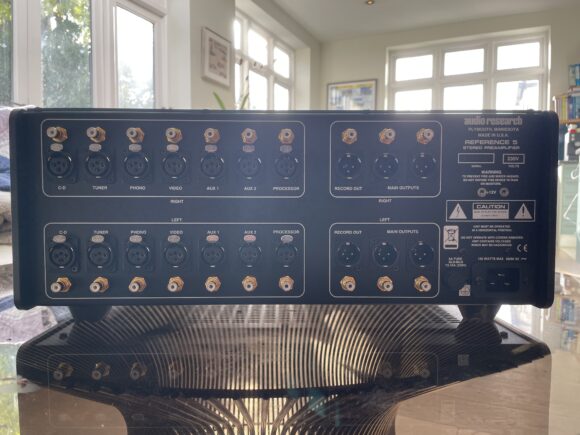 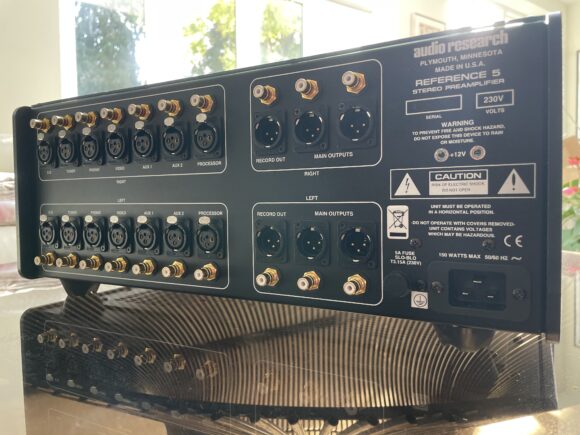 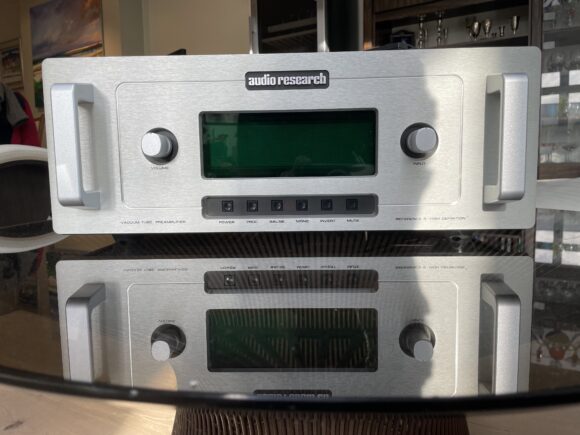 The REF 5 is the latest model in a series of the finest and most successful line-stage preamplifiers ever made. From the REF1 to the REF2 to the REF3 to the REF5, each one has built upon the legacy of its predecessor as the most sought-after reference level line-stage preamplifier. The REF5 clearly redefines the state of the art at a price that is not inexpensive but represents extraordinary value. Like every Audio Research product, it is made by hand by craftspeople in our facility in Minnesota.

The REF3 was a sonic breakthrough when it was introduced in 2004 and it has remained at the top tier of preamplifiers since, which is why the REF5 will stun listeners by its enormous advancement in sound quality. The REF5 possesses great bandwidth and resolving power combined with a purity and naturalness that is uncanny – grain and electronic artifacts are simply absent. Bass impact, depth and control are startling, while music ebbs and flows with a dynamic life that is rarely experienced outside the concert hall. While differences in recordings are immediately apparent, the REF5 connects you to the intent of the musicians and the soul of the performance, drawing you in. Music emerges from a totally black background because the REF5 – defying its vacuum-tube architecture – is utterly quiet. Only by hearing it for yourself will you fully appreciate the sonic advancements unveiled by the REF5.

Those individuals familiar with past models will notice some cosmetic refinements to the Audio Research “look,” including silver handles and several other subtle changes. The large and legible vacuum-flourescent display is unchanged from its predecessor and retains the ability to be dimmed or turned off. When the display is off, nine small pixels remain lit in the center as a discreet reminder that the unit is powered on. Under the display are six control buttons for Power, Processor, BAL/SE, Mono, Invert, and Mute. The remote controls all of these functions, plus left-right balance, tube hours, and display intensity.

The REF5 is only the second Reference preamplifier to have its main board laid out horizontally, after the REF Phono2, with its transformers off the board and mounted on the sides of the chassis. The new audio circuit is fully balanced, pure Class-A triode, with zero feedback. The tube complement includes four 6H30s in the analog stage, with a 6550 and a 6H30 in the power supply. Massive energy storage, the most of any Reference preamplifier, provides tremendous dynamic capability. Total gain is 12dB via the balanced outputs and 6dB via the single-ended outputs.

There are six sets of balanced and single-ended inputs, plus a dedicated Processor input with unity gain to be used as a processor pass-though. A Record output is provided along with two sets of Main outputs. There are 12V input/output jacks to remotely turn on and off the preamp and other linked components having similar capabilities. This is a very flexible product.

Like its predecessors, the REF5 will redefine the preamplifier landscape. With its unimpeachable pedigree, great build quality, and its ability to transform any system into which it is placed, the REF5 is a product that demands to be heard. Audition one soon. 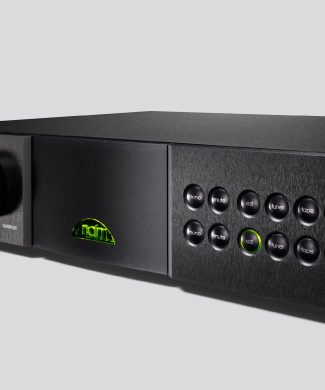 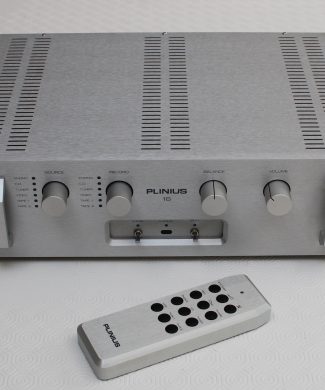 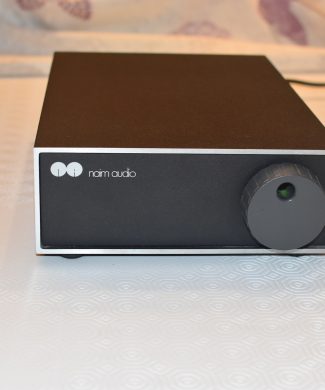 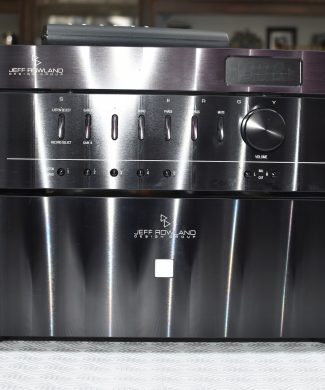